David Kipen began his career as manager of the Nuart Theater in his native Los Angeles. He holds a degree in Literature from Yale University, and served as Book Editor/Critic for the San Francisco Chronicle and Director of Literature for the National Endowment for the Arts before joining Writing Programs at UCLA. His areas of expertise include the literatures of California, Los Angeles and the West; Pynchon studies; urbanism; film; modern and contemporary American literature; Latin American literature; Western history; the Federal Writers Project of the WPA; and the practice of lexicography and quotation.

He is the author of The Schreiber Theory: A Radical Rewrite of American Film History (Melville House, 2006); a translation from the Spanish of Cervantes’ novella The Dialogue of the Dogs (Melville House, 2009); and introductions or chapters of books including reissues of the WPA guides to California, Los Angeles, San Francisco and San Diego (UC Press). His teaching includes the course “Defining California: From Bierce’s The Devil’s Dictionary to Wikipedia.” He is presently writing a trade book for Modern Library that attempts to tell the story of Southern California using diaries, letters, journalism and other ephemera – and helping run Libros Schmibros, his neighborhood lending library on Mariachi Plaza in Boyle Heights. 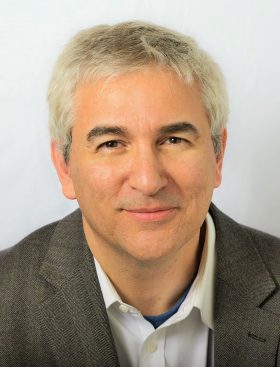