Daniel Sussman has sold screenplays to a wide range of producers, from Warner Bros. to Werner Herzog. His comedy feature, “Nobody’s Perfect,” was named to The Tracking Board’s Hit List as one of the Top Spec Scripts of 2016. He was a staff writer on the hit TV show, “The Practice,” a one-hour legal drama, and sold an original, one-hour legal drama, “Darwin’s Law,” to NBC TV. He was awarded a TV Writing Fellowship by ABC/Disney Studios in 2001, and is a graduate of NYU School of Law (J.D.) and USC’s Graduate School of Cinema-Television (MFA). He has taught screenwriting at the American College of Greece, where he lived for many years. Daniel practiced law in NYC in the mid-90s, and also works as a fine art photographer. (To see photographs: danielsussman.net). 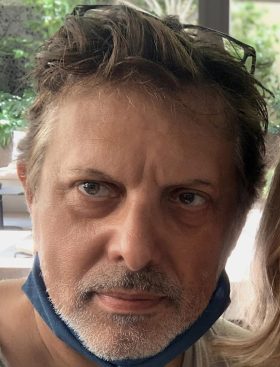